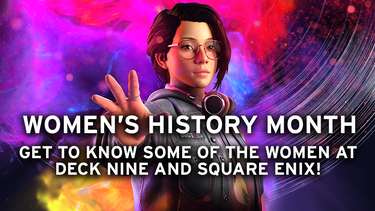 WOMEN'S HISTORY MONTH - GET TO KNOW SOME OF THE WOMEN AT DECK NINE AND SQUARE ENIX! 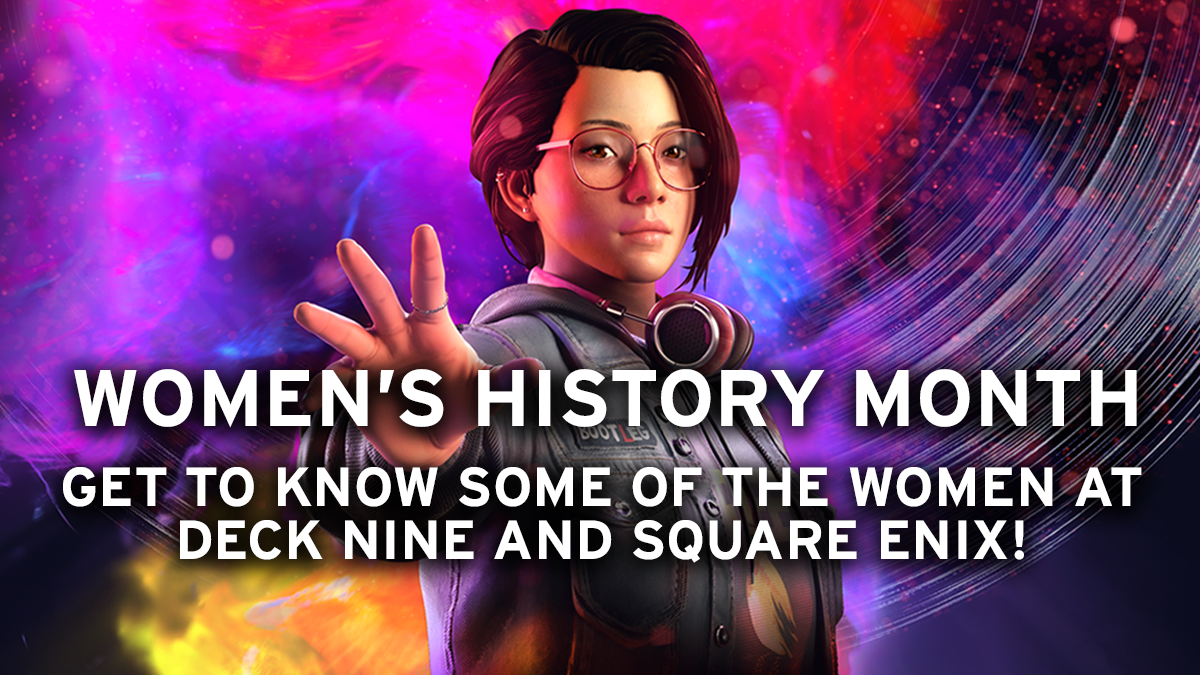 Throughout March, we celebrated Women’s History Month on the Life is Strange channels by showcasing incredible fan art featuring the women of Life is Strange from an amazing collection of female artists.

To close out the month, we wanted to introduce you to some of the inspirational women who work on the Life is Strange franchise at Deck Nine and Square Enix External Studios! Learn more about what they do, how they got to where they are now and what they’d recommend to others who dream of entering the industry! 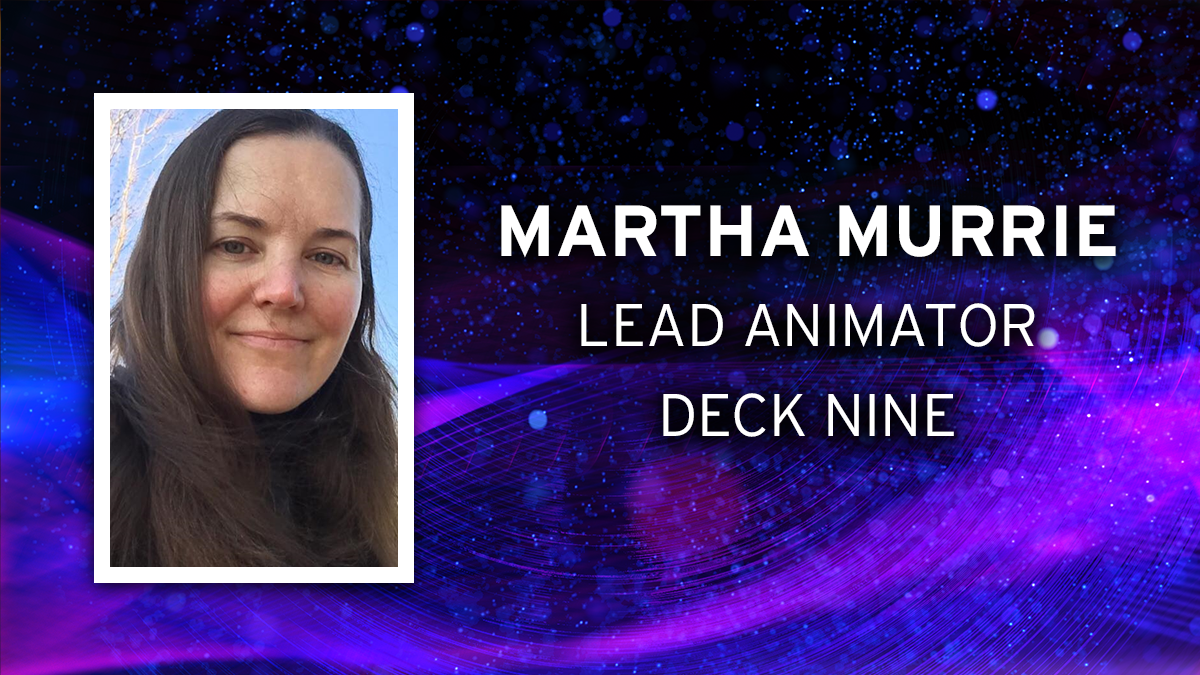 “My name is Martha Murrie and I am currently a Lead Animator at Deck Nine. I joined the Life is Strange franchise in 2019 as a Senior Animator during the production of True Colors. I have worked in the games industry for just over 10 years now, having worked on a variety of games from Lord of the Rings Online to Uncharted 4 and The Last of Us 2, and with my first Lead title on Life is Strange: True Colors. I am so proud to have been a part of the dev team for True Colors. It felt good to work on a game that turned empathy into a superpower. I love the game that we produced, as well as the people who worked on it!

My advice to women joining the games industry is:  Make your voice heard.  Your input, life experiences, and insights are valuable.” 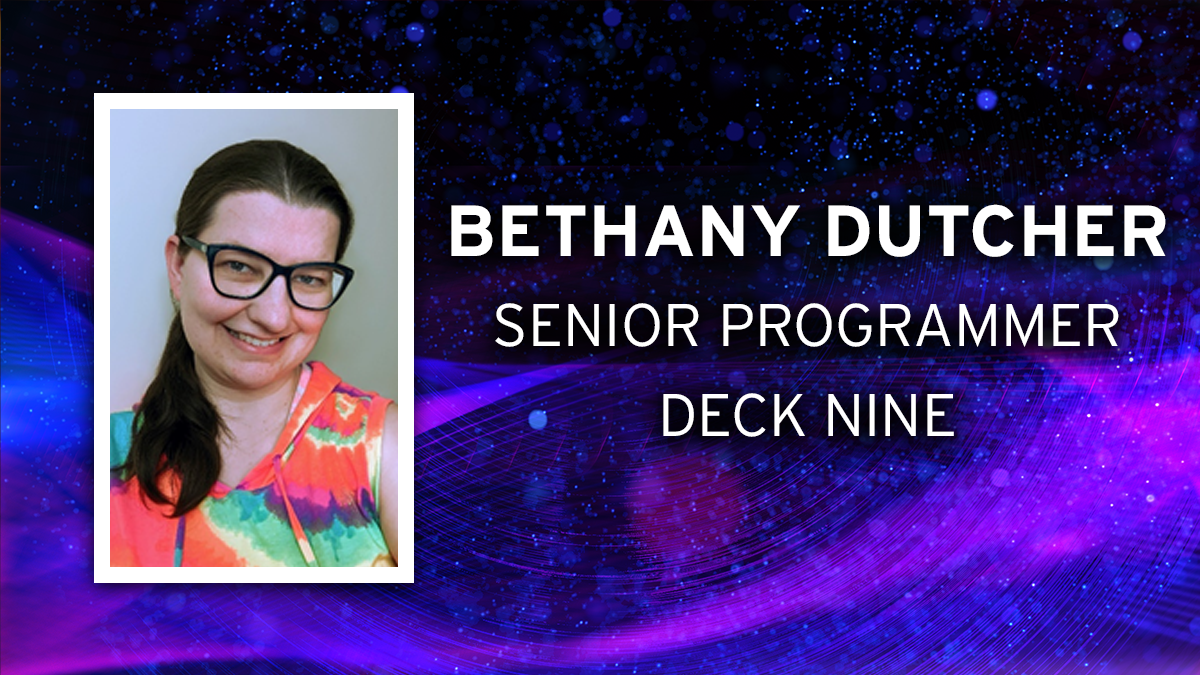 Having been in the game industry for over a decade, she loves seeing the rise in women not only playing games but also developing them. “If you’re someone who has a passion for playing games and wants to get into game development, do it! Even if it’s just dabbling in Unity or Unreal to make little games to show your friends and learn more at home, it is well worth your time. Or if you have friends who would join you, it’s also a great thing to do as a team! If that grows into more than a hobby, awesome! Remember to make time for the things that matter to you.” 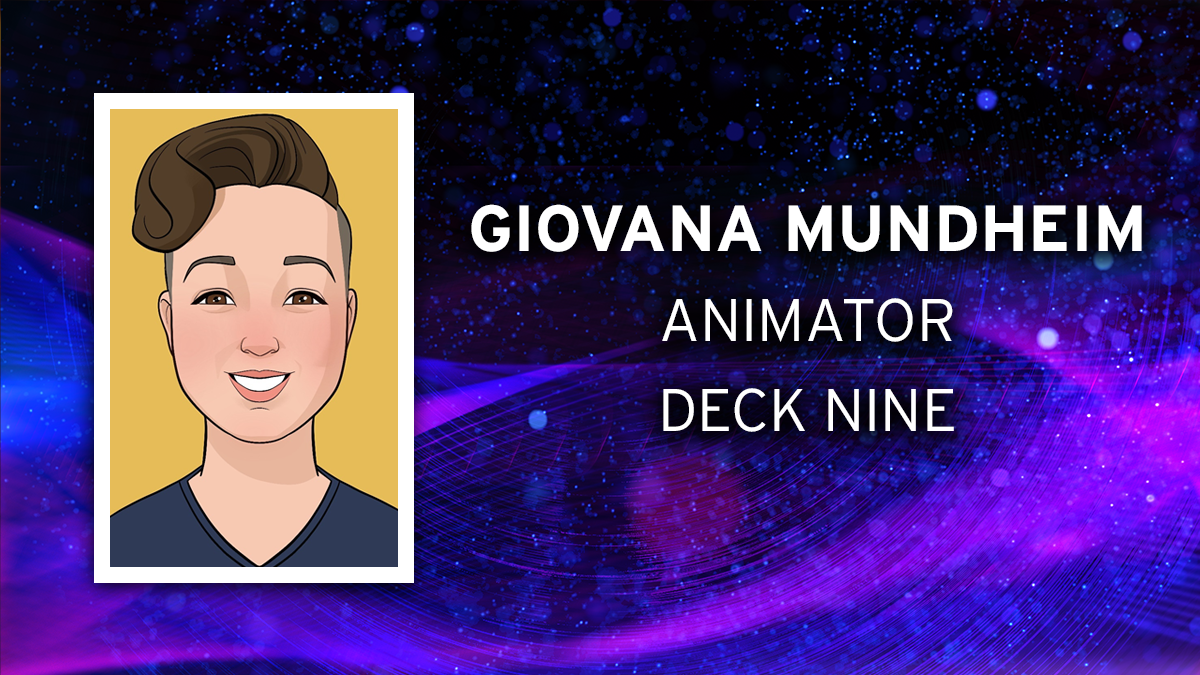 Giovana is an animator at Deck Nine Games. She joined the team shortly after production began on Life is Strange: True Colors. This being her break into the industry, she has been taking in as much knowledge as possible from the incredible talent at the studio. She is thrilled to have taken part of the legacy of the franchise which she has been a fan of since she was an animation student.

For aspiring game devs: "Continue to hone your craft. Enjoy the process and accept feedback. The fun part about animation is that there is always something new to learn!" 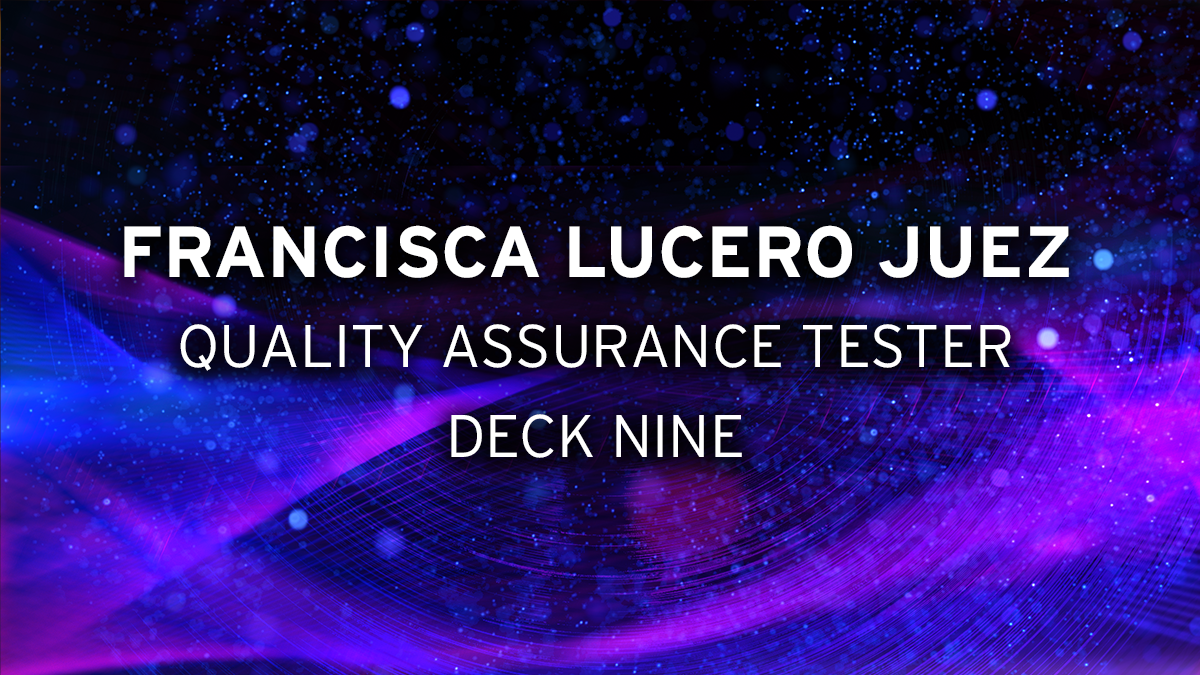 Francisca (Fran) is a Quality Assurance Tester at Deck Nine Games; joined halfway through True Colors, and saw the project to completion, including the DLC Wavelengths. They’ve always loved videogames, but never dreamed to work in the gaming industry. There is hardly an industry at all in Chile, their home country, and having their first experience be in the Life is Strange series is bizarre in itself. It’s one of their favorite series, so they were incredibly excited to get to work in the next installment, True Colors. They’re also a big fan of the Final Fantasy series, so getting to work with Square Enix was an added bonus that, again, they never thought could be possible.

Originally a Textile Conservator, they’ve worked in a variety of industries outside of design and conservation. Upon their arrival in Colorado, they never expected to move into the gaming industry, but Deck Nine Games viewed their varied background as a unique perspective to QA, bringing in not only an external view, but also a love of documentation and organizational skills that have served them well during their time here.

“It’s been surreal, and amazing, and further proof that there is not one single path in life. You can do anything you want, and there’s people out there who will help you and give you the opportunities you need to figure out your next step. Or new career. Never expected to work in video games? Well, here I am, and it’s awesome.”

You can say Fran’s life is strange, minus the superpowers. 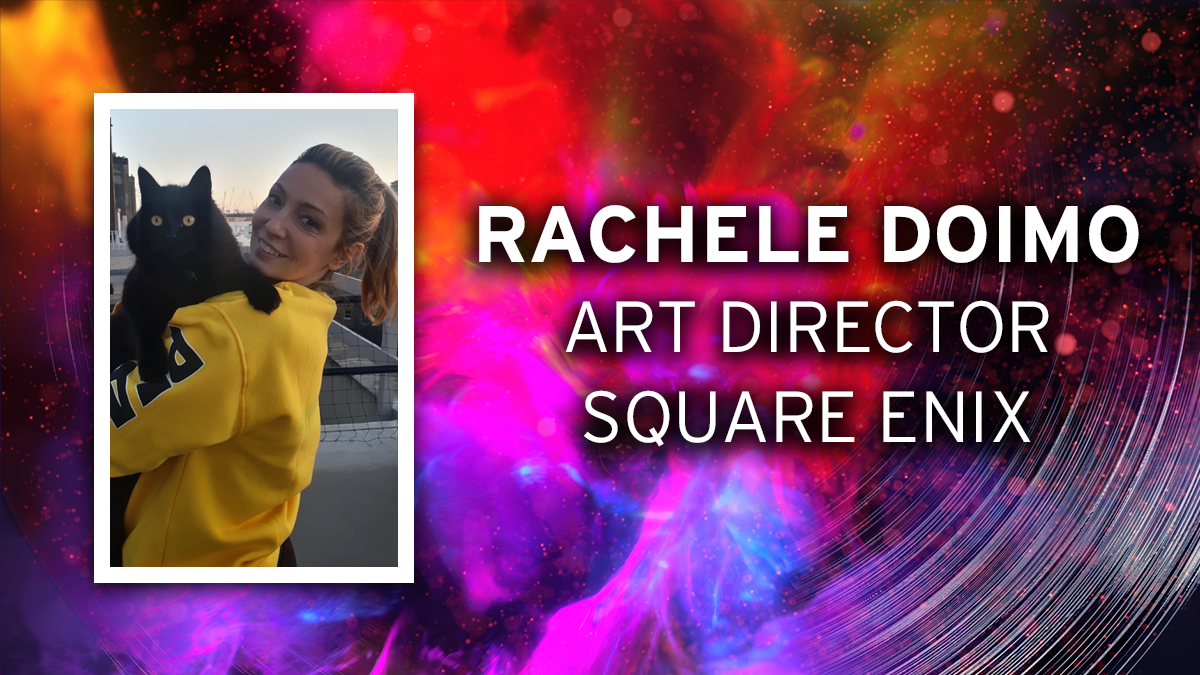 After building asolid art foundations in Italy, like it was taught back in the Renaissance, with a mandatory design degree and some extra 3D modelling classes in the late 90s, when few 3D art courses were available (it was the Jurassic of digital art after all!), Rachele joined the game industry in 2004.    Initially as an intern in a small company in Milan called Milestone, Rachele progressed from “an absolute useless zero” to lead artist, and in 2010, after receiving “an offer you cannot refuse” arrived at Rockstar Games, working on Max Payne III, GTAV, and RDR2. From 2014 to 2017, Rachele was at Crytek UK (that became DeepSilver) as Art Director. Following that was a role as Art Director at Splash Damage for a year, before the latest chapter: joining the Square Enix family in April 2018 as Art Director on all External Studios projects. 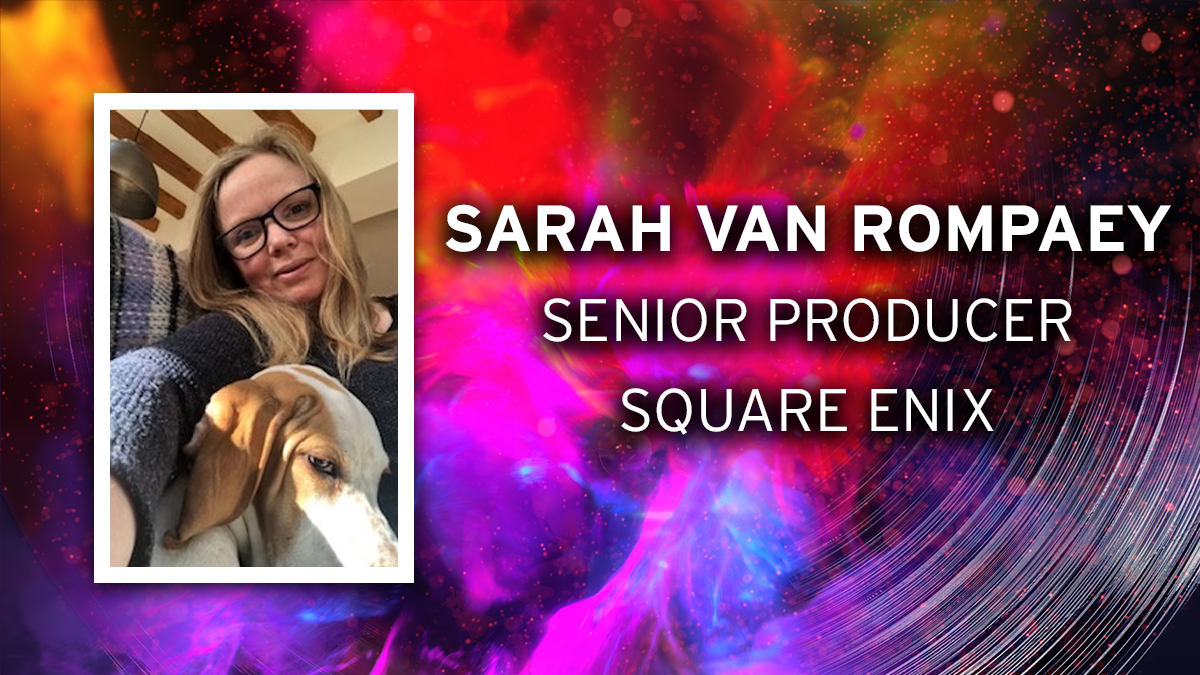 Sarah is the Senior Producer of the franchise at Square Enix. She first joined in 2017 to work on Life is Strange: True Colors. Sarah looks after budget, schedule, and quality, working closely with the franchise team in London, and Deck Nine Games in Colorado, to ensure a productive collaboration and a great game.

Sarah has been in the games industry for 22 years and has been a Senior Producer on both the SingStar and Tomb Raider franchises. She has a background in film and animation and it was this experience that enabled her to land her first games producer role, after a short stint in Atari’s QA department as a games tester.

Her advice to women considering being a games producer is to familiarize yourself with games and industry trends, and find ways to demonstrate the key skills a good producer needs; excellent written and verbal communication, prioritisation, and stakeholder management. There are excellent online resources to research game development project management and production. Many producers have come up through Quality Assurance and she recommends this as a good way to get your foot in the door. 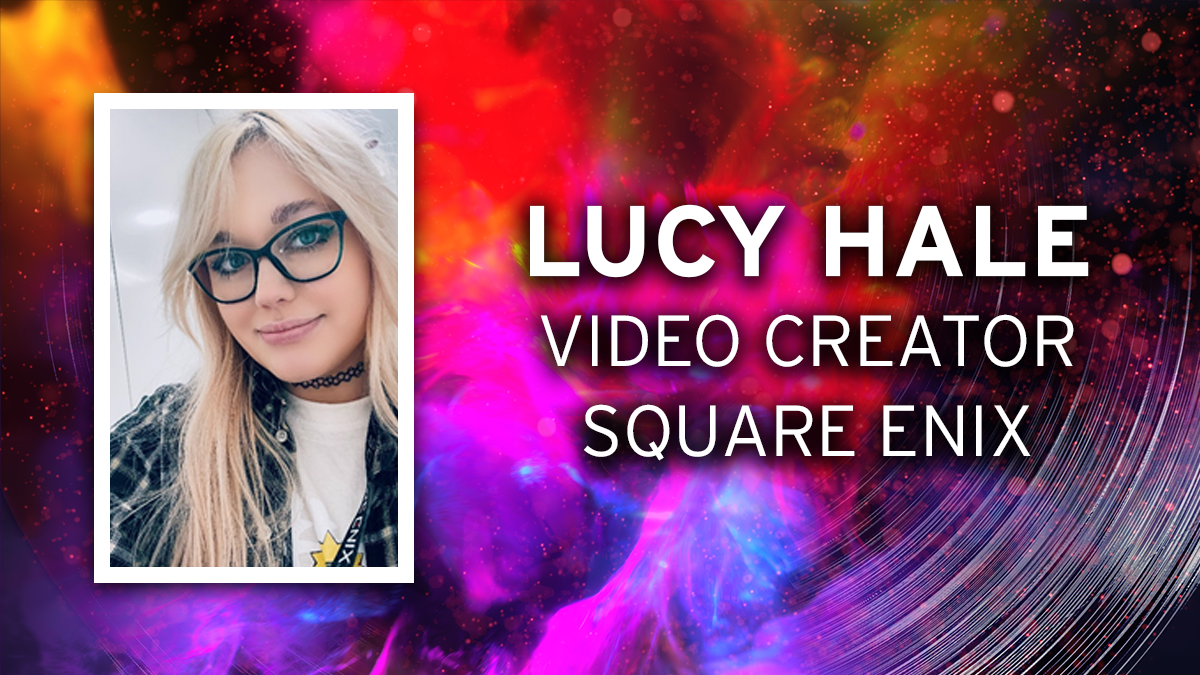 Lucy is a Video Producer at Square Enix External Studios. She first joined the franchise halfway through Life is Strange 2, creating community content on the official YouTube channel. From Character Profiles to interviewing voice actors, there’s a bunch of behind-the-scenes videos to keep your eyeballs busy.

Since then, she’s co-hosted a series of livestreams called #LiveIsStrange, where she’s played through sections of Life is Strange: True Colors with special guests from the cast and wider team.

“Create a YouTube channel and make silly game reviews because it’s your hobby. Stream on Twitch because you get to chat to like-minded people and play your favourite IP. Contact people from around the world to take part in a documentary you’re making on video games. Stay up til 4am because E3's on. Discuss announcement theories on Discord with your mates. Write articles and blogs. Play every game you can get your hands on because VIDEO GAMES ARE THE COOLEST THING IN THE WORLD!”

“Is working in or on video games something you’d do if money were no object and jobs didn’t matter? There’s your answer.” 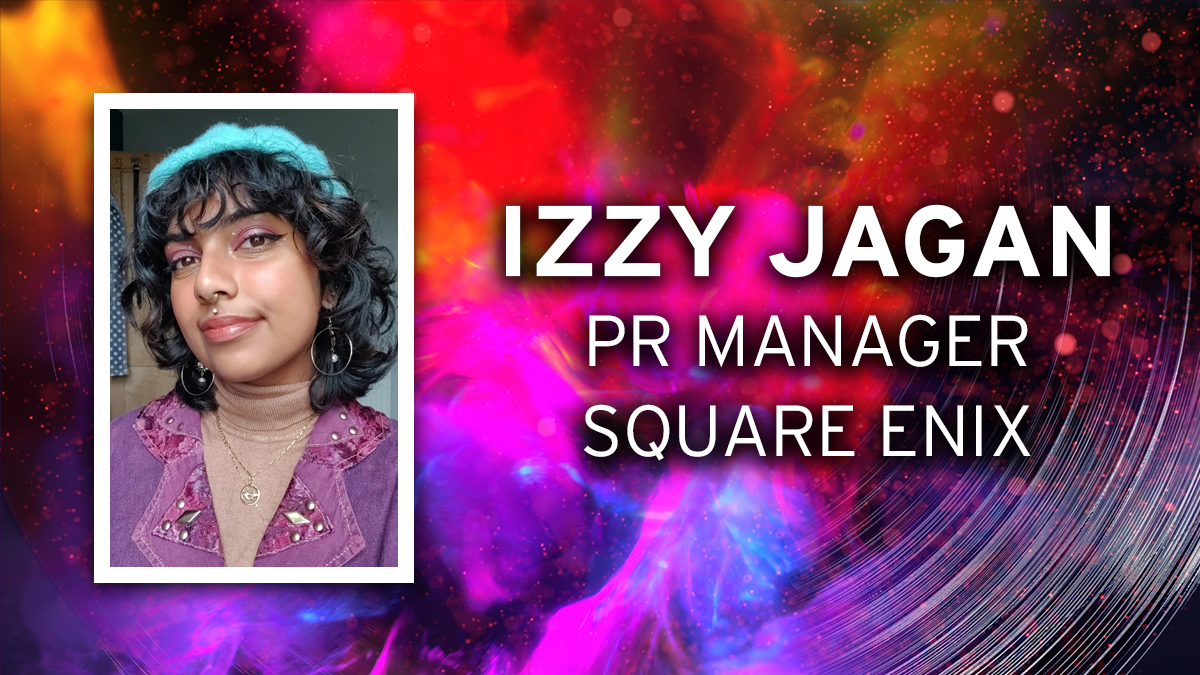 Izzy is a PR Manager at Square Enix and has been with the company for just over two years. “My day-to-day can consist of writing press releases, discussing campaign plans, feeding back on trailers etc etc. Basically a LOT of variety! Very much like a Quality Street tin.”

“I’ve always been extremely passionate about diversity in video games and being able to work on Life is Strange has granted me the ability to put that passion to good use. I love being able to make an impact, no matter how small! Even before working at Square Enix, I’ve taken part in many panels talking about my experiences as a queer woman of colour in this industry. I think it’s super important to share your unique perspective and experiences – this industry, and us as people in general, have richer lives for embracing this variety and individual uniqueness.”

“Before I knew that you could WORK in video games as a whole CAREER, I wanted to be a lawyer. I know! It was honestly life changing to realise that I didn’t have to follow a path in life that was seen as traditionally well-respected. I’m sure some people very much enjoy being lawyers, but it wasn’t for me. Yes, it was scary setting my sights on an industry that causes my parents to this day to still ask me what my job is every time I see them, but it was SO worth it.”

“It feels reductive and cheesy to say follow your dreams, but I believe there is a space for everyone who wants to be in this industry, and I’m doing my very best to make sure that it is clear that this means EVERYONE.” 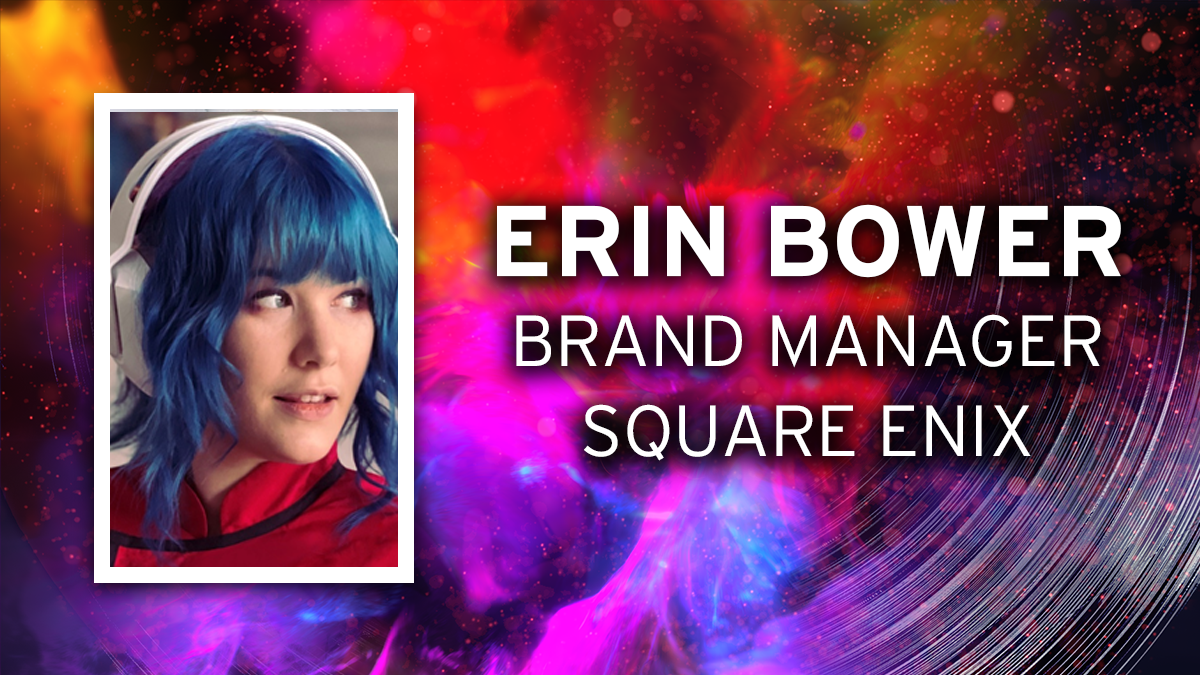 Erin is a Brand Manager at Square Enix External Studios, and started working on Life is Strange in 2019. Brand Managers look after the entire game from concept to release to ensure everything feels ‘right’ for a Life is Strange game. From being involved in the early stages of shaping the story and characters, to helping design game trailers and box art for launch, all the way to working with partners to create cool merchandise and promotional events after a game is out – Brand Managers work on it all.

Erin has been working in the games industry for 10 years, and her advice to women considering joining the games industry is: “Networking is key! Gaming is a rapidly moving industry, and many opportunities are often shared through word of mouth. Volunteer at your local gaming and ComicCon events to gain practical event experience, or just go along to meet industry people and ask them questions about their careers. Go to GameJams to meet developers and try your hand at creating a game from scratch. Create a LinkedIn account and detail anything you’re good at, even if it doesn’t at first seem like something you’d put on a traditional job CV – I know some people who were hired because they demonstrated leadership skills from running their WoW guild, and others who were hired because of their project management skills through making cosplay.”

“The industry is incredibly small and interconnected, and it sometimes feels like everyone knows everyone else. Once you meet a few people, just make yourself visible and opportunities will come your way.”